JOLIET, Illinois – The Congregation of the Third Order of St. Francis of Mary Immaculate (Joliet Franciscans) announced Sister Bernard Marie Campbell, OSF, was called home to Christ early Wednesday morning. She was 97 years old. She had been in failing health and died peacefully in her sleep.

“St. Peter’s was blessed to have Sister Bernie as a part of the St. Peter’s parish and school community for six decades,” said Fr. John Miller, pastor of St. Peter Parish. “Her love of Christ showed daily through her vocation as a Sister of St. Francis and in her classroom as a teacher. Her legacy will continue to live on here for many years.”

Sister Bernard Marie Campbell was born on September 7, 1925, in Joliet, Illinois, to Bernard & Evelyn (Baskerville) Campbell. She was the oldest of four, a sister, Patricia, and two brothers, Tom and Robert Campbell.

She attended high school at St. Francis Academy, where she first encountered the Sisters of St. Francis of Mary Immaculate. When she was a senior in high school, she had a calling that God wanted her to join the sisters.

In September 1942, she joined the order. She attended the College of St. Francis in Joliet before being sent on her first mission to St. Peter’s School in 1946. She lived with many other sisters on the top floor of the elementary school building. She taught for nine years in the school before being transferred in 1955. She served at schools in Chicago and Columbus before returning to St. Peter’s in 1963 and remaining there until September 2015.

During her 61 years of service to St. Peter’s School, she taught several subjects including history, Algebra, Theology, and Photography. However, most students will remember her teaching in the chemistry and physics labs.

In 1996, she transitioned from the classroom to serve in the school’s Development Office. She was instrumental in raising $3 million to build the Franciscan Activity Center in 1999 and the funds needed to renovate the high school science wing in 2008, which was named in her honor.

“Sister Bernie was a unique and driving force at St. Peter’s,” said St. Peter’s Head of School, Laurie McKeon. “Not only did she teach generations of students, but her quick wit, passion for Catholic education, and remarkable ability to raise both funds and friends made her a legend. Her impact on the parish and school is lasting and indelible.”

Sister Bernie was a huge supporter of the Spartans, attending as many events as possible. She was also a huge fan of the Notre Dame Fighting Irish. Sister Bernie also organized an annual Birthday Bash in September in honor of parishioners aged 75 and older.

By 2015, Sister Bernie Campbell, along with Sister Paula Bingert, a 1943 alumna of St. Peter’s High School, were the last two Joliet Franciscans living in the school convent. That fall, they were called back to live at Our Lady of the Angels Retirement Home in Joliet, ending the Sisters of St. Francis’ 144 years of continuous service to St. Peter’s and the Mansfield community. The parish honored both Sisters Bernie and Paula with a Celebration of Presence and Service that more than 1,000 people attended.

Sister Bernie would have celebrated her 80th Julibee as a Sister of St. Francis Mary Immaculate this year.

Details on funeral arrangements are still pending but will take place in Joliet and will be available via a live stream. A memorial Mass will also be planned in her honor at St. Peter Church. She will also be honored before Friday night’s home basketball game with Mansfield Christian.

Memorial contributions can be made to the Sisters of St. Francis Joliet or to the Sister Bernie Marie Campbell Chair of Science through the Monsignor Edward C. Dunn Foundation for Education.

Eternal rest grant unto her, O Lord, and let perpetual light shine upon her. May she rest in peace. Amen. 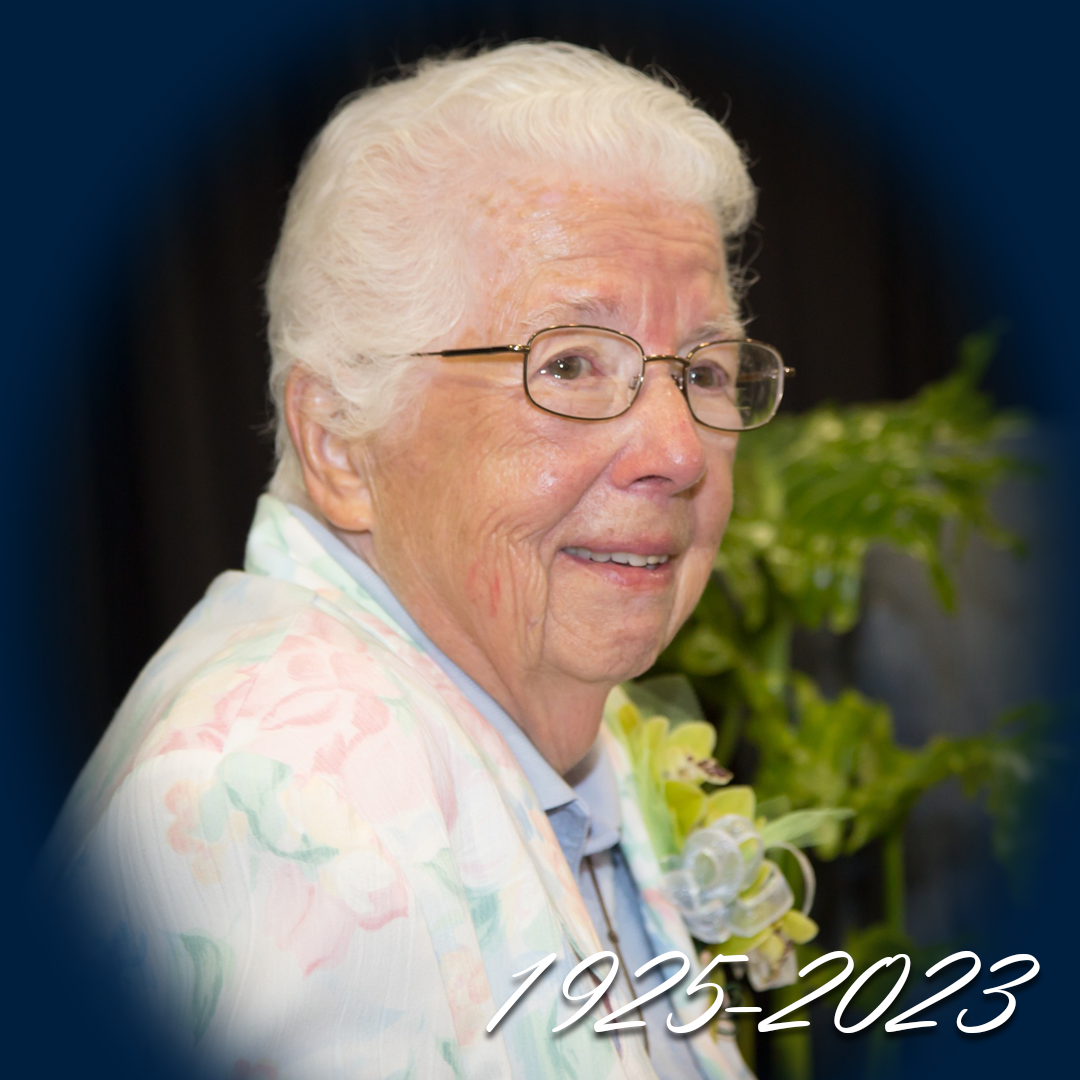